If your night is long and boring, why not try and see the Formula 1 SingTel Singapore Grand Prix? It will surely bring life to your evening. The rush it will give you is enough to invigorate your night. The Formula One night race in Singapore is the only one in the world. Many people come and see what it can offer. Don’t just stay in there, come and witness this thrilling and exciting activity. 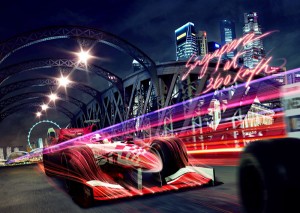 How it came about

Last November 2007, Singapore Telecommunications (SingTel) announced that they will sponsor the race together with the Government of Singapore. The first race (2008) was held at the Marina Bay Street Circuit. It was the 15th round of the FIA Formula One World Championship.

The race track has a length of 5,073 kilometres with 23 turns and 61 laps. Drivers should look out for the Turn 10 which is known as “Singapore Sling”. This is hard to manoeuvre and tricky. For the 2012 Singapore Grand Prix, Sebastian Vettel (Red Bull-Renault) won the race. Jenson Button (McLaren-Mercedes) came in next and the third is Fernando Alonso (Ferrari).