Climate Change is not new and exclusive to one country. All people contributed to Climate Change. It should be addressed before everything comes worst. In Singapore, the government is motivating its people to participate in its strategies and policies. The government is also inviting private corporations to contribute to the reduction of emissions. The efforts of the government transcend beyond its borders because Singapore pledged and consented to other Climate Change Frameworks of the United Nations. Together with regional partners like ASEAN and APEC, Singapore is changing. 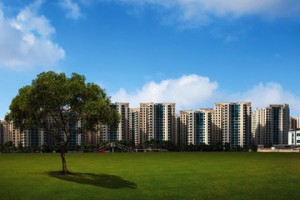 Carbon emissions are from burning of fossil fuels like coal, oil and natural gas. The government seeks to reduce the emission by fuel levy. Apart from that, the government will manage vehicle ownership and usage. Households and other companies will get incentives for energy efficiency.

Preparing for its effects

The government should educate its citizens so people will understand the impact of Climate Change. If people understand, they will act without delay.

With the help of Research and Development, industries can study and discover alternative innovations and solutions to Climate Change.

Domestic efforts to deal with Climate Change are complemented by international partnerships. Domestic participation is important. People, private and public sectors should come together to affect change. Singapore is also involved in discussions of UNFCC, WTO, APEC, ASEAN, etc.